Item of the month

This item is a mineral composed only of the chemical element of sulfur (S). It is a tasteless and odorless non-metal (the "sulfur smell" comes from its volatile compounds, such as hydrogen sulfide), easily recognized in the form of yellow crystals that occur in various minerals or even in its pure form (especially in volcanic regions). Sulfur is used in several industrial processes. For example, in the production of sulfuric acid for batteries, the manufacture of gunpowder and vulcanization of rubber. Sulfur also has uses as a fungicide, in the manufacture of fertilizer phosphates, matches and pyrotechnic material. [AE] 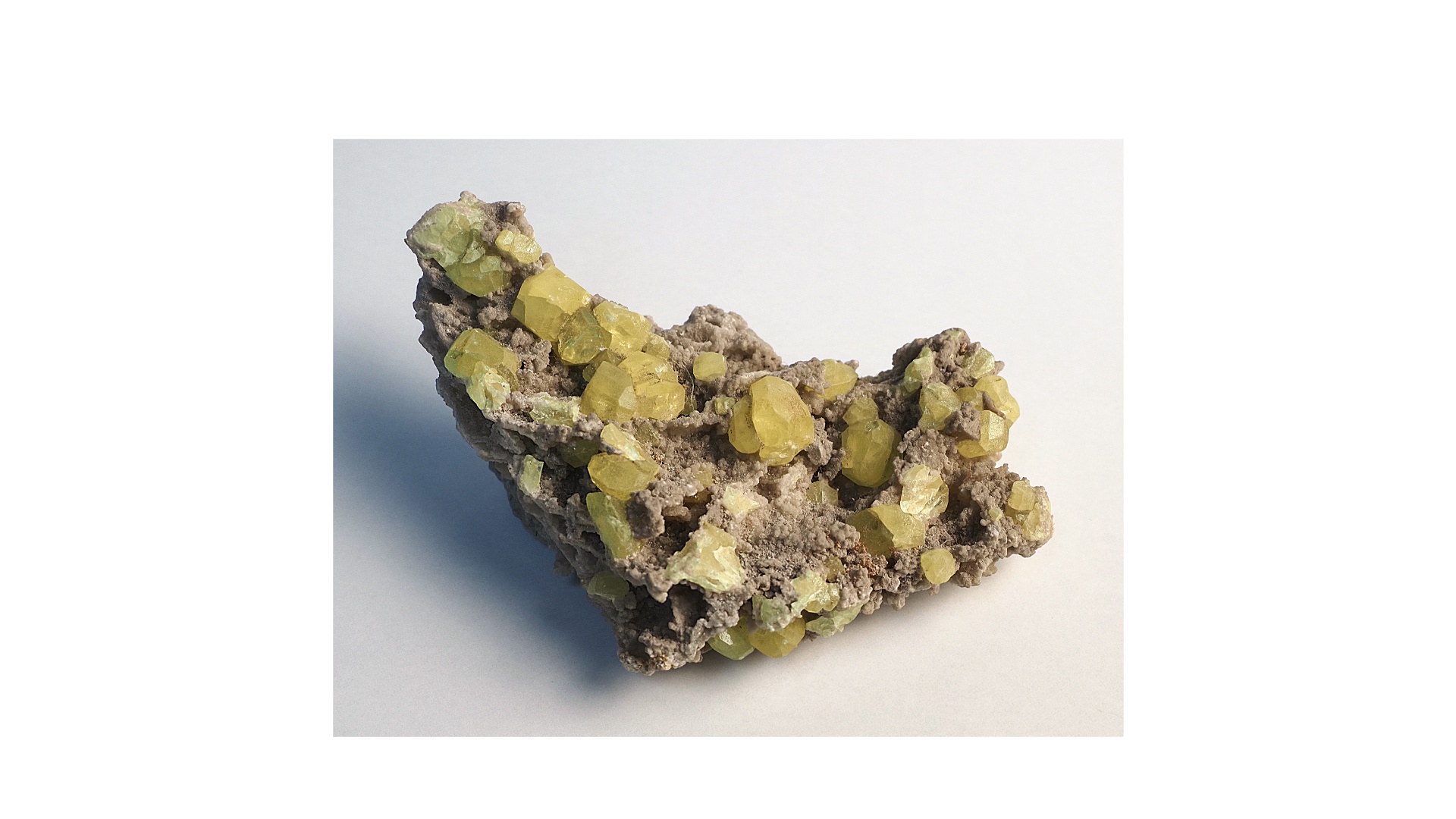